A canal joining the River Brede at Strand Bridge, Winchelsea. The water is frequently stocked and contains large numbers of Roach and Rudd to 2lbs+, Perch to 2lbs+, A good head of Tench up to 7lbs Bream to 8lbs+, Pike to 25lbs+ and many Eels. This canal can be prone to heavy weed growth in the summer.

The river contains large shoals of Bream averaging 3lb a piece, Roach, Rudd, Perch, Eels, Bleak, Ruffe and Gudgeon. Large Chub can also be caught 4lb+ together with Tench from 5lb and the occasional Carp of 25lb+. Large Pike have also been caught up to 30lb. During the summer months large Mullet of up to 5lb have been caught. There are no day tickets available for this water although large block bookings can be made directly with the Water Bookings Officer or the Club Secretary for matches.

Clive Vale Angling club members can fish RFA waters but must have a sticker attached to their membership card.

The River Rother varies from a small stream in its upper reaches to a wide deep river in the lower areas. Around Robertsbridge the river is narrow with deeper pools, containing some good chub. Other species are Roach, odd native Brown Trout and occasional Sea Trout. The river becomes deeper towards Bodiam with Bream, Tench and good Roach the main species. At Newenden the river becomes even deeper, better sized Bream are present but Bleak can be a nuisance when targeting the better fish.

The RFA also have water on the left hand bank downstream of Blackwall Bridge. Walk through first field until sign board.

A shallow stream feeding the River Brede. This water is only normally only fished for the head of small Brown Trout found in it. Occasionally Dace and small Chub may be caught. Parking for this water can be found at the bottom of the steep hill in Doleham Lane.
Newhouse Sewer, Winchelsea

A drainage ditch joining the River Brede near Ferry Bridge, Winchelsea. This water contains small Roach, Rudd and Perch. Tench to 4lbs+, Pike to 10lbs and many Eels to 4lbs. Although summer sport can be affected by heavy weed growth.
River Brede, Winchelsea.

This stretch of the river, once extremely prolific, is now once again starting to provide quality sport. The water contains shoals of Roach, Rudd to 2lbs, Dace to 1lbs, Perch to 3lbs, Eels to 4lbs, Bream and Tench to 6lbs, Pike to 20bs. And the occasional Chub to 5lbs. This stretch of the river during the summer months can have a good run of Mullet to 3lbs and Sea Trout to 5lbs+. Frequent winter stocking takes place. Over recent years several stocking of barbel have been introduced.

A stretch of the river Tillingham situated to the north of rye. This water contains Roach, Rudd to 2lbs, Dace, Chub, Perch, Tench, Bream and Pike. The occasional Sea Trout has also been caught. 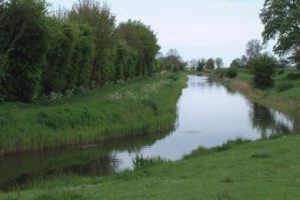 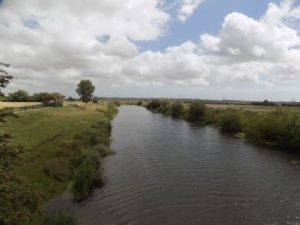 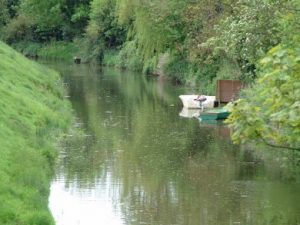